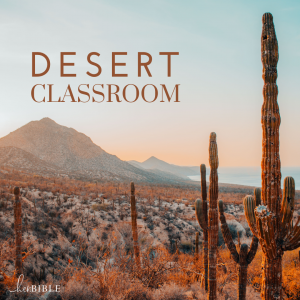 Experiences of exile are meant to transform me and you into pilgrims – people who look ahead and not behind.

The children of Israel experienced supernatural miracles as God delivered them from slavery in Egypt. He guided them by cloud and fire, provided food and water, and gave the gift of his beautiful Law.

Instead, they responded to the lessons of their desert classroom in 10 key ways. 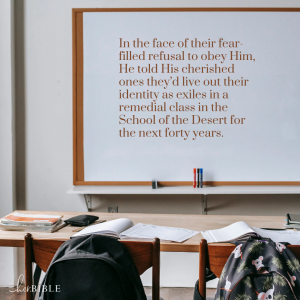 They flailed and thrashed as though they were drowning in the desert. The bad days in Egypt took on a shiny new luster in their souls: Maybe it wasn’t so terrible there.

At least they knew what they could expect as slaves in Egypt. Their exile hearts were on full display when they stood at the doorstep of the Promised Land a little more than a year after leaving Egypt.

God led the exiles as far as they could go, but asked them to embrace their identity as pilgrims. He wanted them to look forward, so they could follow him out of exile the rest of the way home.

Instead, they looked backwards and refused big time—ten big times–a number with great meaning as it equaled the number of plagues God had visited upon the Egyptians.

As a result, in his holy love, God sent his people on a journey away from Canaan that would end up lasting four decades (Numbers 14:21-23).

In the face of the Israelite’s fear-filled refusal to obey him, the exiles heard from God that would live out their lives in the School of the Desert for the next forty years. They’d serve as God’s teaching assistants, telling the story of God’s promises to their children.

When the last of them were gone, their pilgrim children would be free to cross the Jordan and finally head toward home (Deuteronomy 6:10–11).

In our own experiences of exile, may we be willing to learn how to obey God in our desert, and become his pilgrims in the process. Instead of looking back, may we learn how to look forward into the future.

(Adapted from “Born to Wander: Recovering the Value of Our Pilgrim Identity”, Moody Publishers, 2018)