I had just made new friends. Now it was time to move again. As a military child, my life revolved around leaving one city and starting again in another. During my elementary school years, I felt the security of attending school on the military base. But, I had to venture out for my middle and high school and mix with students who had been together since kindergarten. With their cliques already established, newcomers had a hard time fitting in. 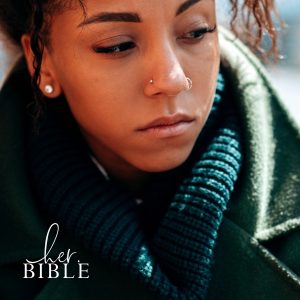 I desperately tried to join all the “popular” groups in my urgency to belong. The athletes. The smart kids. The rowdy crowd. Yet, it wasn’t long before they discovered I was an “imposter.” I was quickly ousted and labeled some kind of misfit.

My childhood memories of being left out resurfaced. My longing to belong was strong, and I mixed in with the world until the shame of my sins was unbearable. I sought Christ’s forgiveness and chose to only belong to him.

You were dead because of your sins and because your sinful nature was not yet cut away. ~ Colossians 2:13

I soon discovered that my challenges as a military child prepared me, in part, for my adult life as a Christian. Once I became obedient to God’s standard of living, I was again left out. It hurt when my coworkers did not invite me to gatherings at their homes when they knew I wouldn’t party with them. At lunchtime, I hurried to my office to eat alone at my desk. No one wanted to sit with me after I didn’t join in their gossip or cursing. I even choked back tears at church after being passed over for an opportunity because I defended a fellow believer.

I have since learned that the Bible speaks of many left out, even injured and killed, because they refused to blend in with others. Even Jesus was criticized for hanging out with undesirables and sinners.

Now, as I grow stronger in my faith, I know Jesus is always with me even when people walk out of my life or leave me out.

Even if my father and mother abandon me, the Lord will hold me close. ~ Psalm 27:10