A couple of years ago, I had a lot of “windshield time” in rush hour traffic, getting to and from work. I listened to several audio Bibles, but the longer I listened, the more it felt as if something was missing. After searching apps to find different readers, I realized most free apps accessed the same list of male readers. There was a silent space. 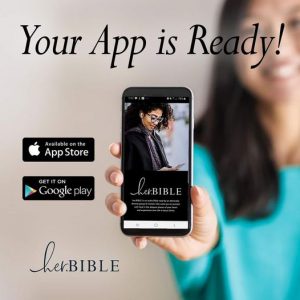 I was simply looking for a pleasant woman’s voice to read Scripture with compassion and kindness, yet with the authority God’s Word deserves. I wasn’t looking for dramatization, background music, or additional resources to make it an interpretation, just a focus on the words themselves.

In talking with others, I discovered my longings were shared by other women. From past ministry, I had met women who had experienced abuse or had emotional barriers to listening to God’s Word in a man’s voice. Globally, I knew there was a hunger for God’s Word in heart languages where emerging technologies were breaking ground.

I wondered, if a modern language Bible could be recorded in English, available free, with voices from different ethnicities, could it connect with younger listeners and those who learn orally? Could it serve as a model to women leaders in other language groups and be replicated in a way they could use to reach others?

Thus began the journey of her.BIBLE in women’s voices. It began with a simple, personal longing.